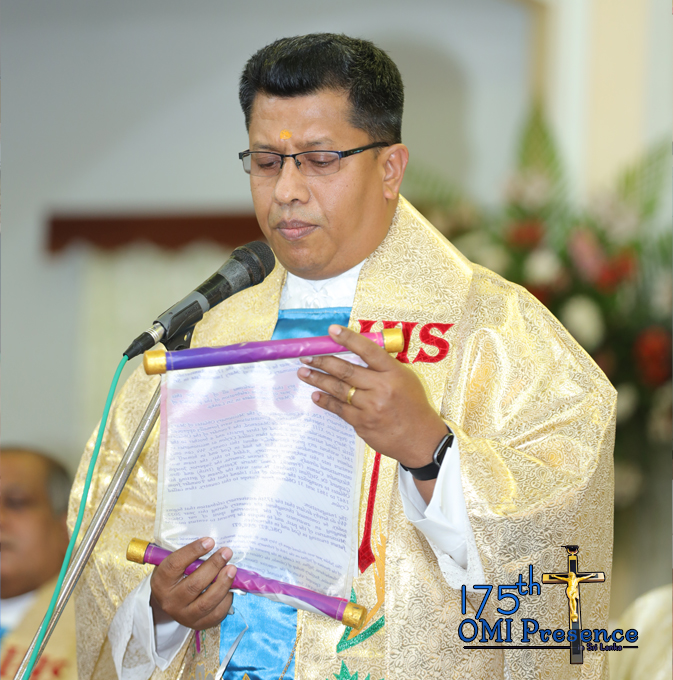 Hereby I declare, that this year be celebrated as the 175th Anniversary of the arrival of the Missionary Oblates of Mary Immaculate in Sri Lanka

Brief History: In February 1826, the Congregation of the Missionary Oblates of Mary Immaculate, together with their its Constitutions were formally approved by Pope Leo XIII. The founder of the Oblates of Mary immaculate Eugene de Mazenod sent a band of three priests and a brother to the little Island nation of Sri Lanka then called Ceylon as missionaries in 1847 without any prior knowledge about this county. We can only admire the tremendous trust that he had in God and in himself to venture into this unknown territory. Added to this, the team was international already.  Rev. Frs. Etienne Semeria, the Superior, Joseph Alexandre Ciamin (French), Louis Marie Keating (Irish) and Bro. Gaspard De Steffani (Italian). It was with the dream of getting his Oblates to evangelize the whole of this Island, that the founder from 1847 to 1861 sent 31 Oblates from Europe to this country, then called Ceylon.

The Inauguration: We do hereby declare that the 175th anniversary celebration that begins today, be continued throughout the country during this year 2022, bringing an awareness of the pioneering spirit of our Oblate Missionaries of the past, and to inspire the present to venture into the future trusting in God and in themselves.