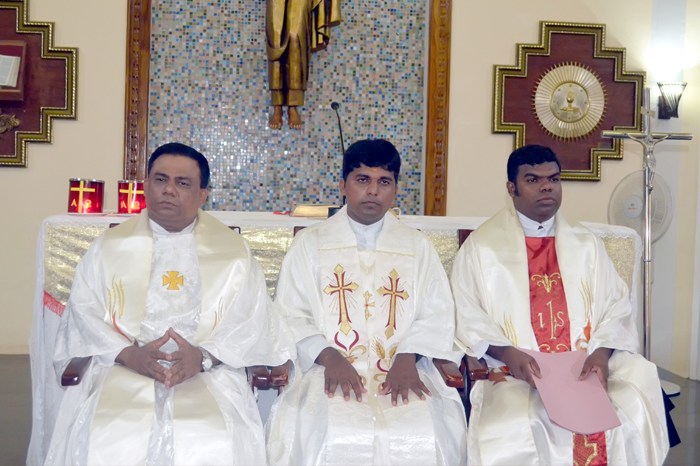 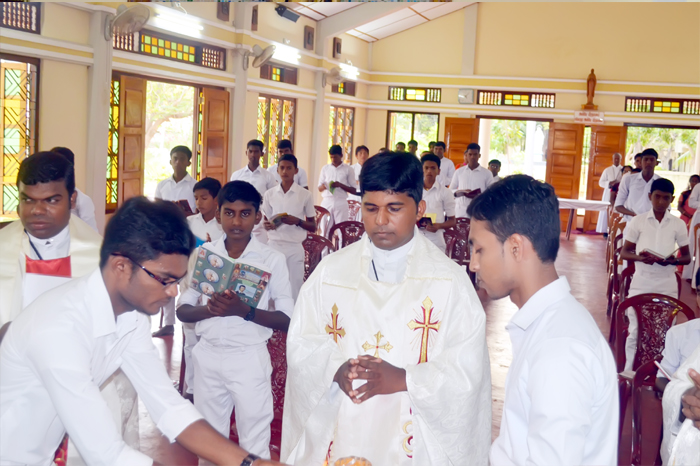 A ceremony ‘Sending Missionaries Outside the Province’ was formally conducted to give a warm ceremonial send off to Rev. Fr. Bede Sujaharan, OMI, who received his first obedience to the Province of Mexico.  Fr. Suja (as he is called) presided over the thanksgiving mass at the chapel of St. Eugene De Mazenod, Colombuthurai. There were Oblates, Scholastics, Juniorists, MAMI members and a few relatives of Fr. Suja graced the occasion.  Very Rev. Fr. Provincial explained the meaning of oblate traditional ceremony of ‘sending missionaries outside the province’.  As an oblate of Mary Immaculate, no one is tied down to his own country but his heart is open and well equipped to find oneself in any country where the Lord requires his services. After the Eucharistic celebration, the refreshment was served at the Juniorate.  Fr. Suja flew to Mexico on the 8th of May 2018.

We, the Province of Jaffna, while thank Fr. Suja for all his contribution to the Province, especially helping us to publish the monthly news letter for few months, wish him all the very best in his new mission in Mexico.