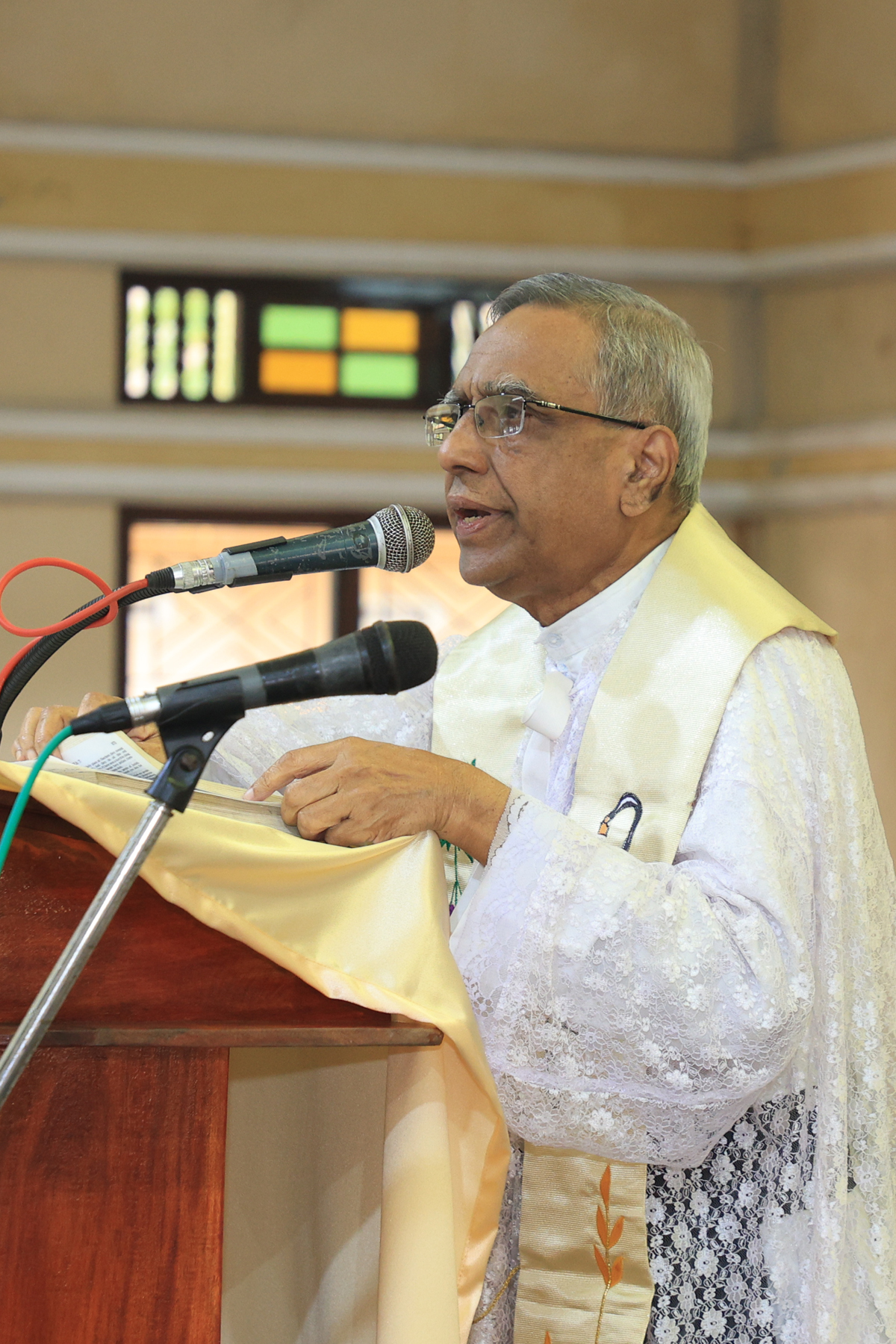 Dear Rev. Bishops, Fellow Religious, Lay Associates and Brother Oblates! We have gathered together to thank and praise God for God’s actions for our people in and through our pioneering Oblates. It is only right that we thank God for them in the words of Mother Mary.
Mother Mary magnified the Lord, proclaiming God’s actions in Her own life and rejoicing in God as Saviour. She began with God’s actions in Her own life for choosing Her to be the Mother of Messiah. Today we thank God who began His saving actions through the humble pioneering Oblates of Mary Immaculate, sent here by the Founder himself, a man with a heart larger than the world.
These humble servants came here with willing hearts, pitched there camp among our people like Jesus did (Jn.1:14), worked in virgin soil crossing boundaries. In their multi-faceted ministries they reached out to the Poorest, socially and economically less privileged, focused on formation of the Local churches, gave priority to formal education. Their initiative in education later had a bearing on education in vernacular and formation of schools of other religions. Let us remember Bps. Bonjean in this venture. They were conscious also of national safety and security. Let us recall Bps. Mazon who vowed to build a basilica for our Mother Mary.
Mother Mary being blessed to be the Mother of the Saviour, having listened to Simeon’s prophecy in the Temple about His Son, was to bear the grief of Him being rejected, shamed and crucified outside the camp (Heb. 13: 13). It was scarcely for Her an unmixed blessings, yet She kept everything in Her heart and still thanked God.
This experience of our Missionary Mother was an inspiration to our missionaries when they faced setbacks, ungratefulness, moments of being expelled, etc. Nevertheless they kept their missionary spirit aflame. I believe the whole Church being missionary in character, such missionary character has been kept alive by the religious in the life of the Church. Let us thank God with Mother Mary.
Mother Mary perceived further more God’s action in Her life was consistent with the saving action in Her history. For, God whom She praised was a God who saved an “embodied people” not some isolated souls, a God who acted in a concrete historical situation, a God who filled the needy with good things, lifted up the lowly granting them dignity and honour, a seat at the table, a voice in the conversation, showed strength by disrupting the world’s power structures.
Clearly such saving actions of God, proclaimed by Mother Mary are Good News to the Poor, bring hope to the Lowly ones. The Church, the community of the faithful is called to announced this Good news to the poor. It is for this the Church exists. But then the Church should do the proclamation in Communion, making participation of all possible, recognizing the pluriformity of Charism in the Community of the Faithful. We need to consider our fellowship in ministering the Good News to different sects of peoples in a liberating way in word and action ad Jesus did.
If communion in being and ministering fails or hacks then, it will hinder the effective and witnessing ministry. It will be counter witnessing. It is through effective ministry of the Good News, the saving actions of God that we can lead the flock to God’s realm. That is the goal of our ministry of the Good News.
Good News is the New Wine that needs new Wine skins! We need to push the boat further and cast the nets in deep!
The Universal communion is operative in the heart of people and among people who are aware of God’s presence among them. For us who believe in the Holy Trinity It should be more evident. We should promptly therefore act in communion. It is being in communion that we will be free of self-absorption. We need to realize our own need for conversion. Being open to the Universal communion of the Trinity, we need to be transformed.
As St. Paul states, “God has already decided that through Jesus Christ would make His Family… Let us Praise God for this glorious grace and work in communion and solidarity….” (Eph. 1:4-5).