BLESSED TO GIVE THAN TO RECEIVE

The Oblates of Mary Immaculate of Jaffna Province organize mini-programs, on behalf of HAVONOS, to grant support for war affected widows. Thus on the 11th of December 2015 thirty-one widows around Mankulam were granted first installments to start poultry or dairy farms. Additional help is forthcoming in order to establish regular livelihood by these widows, who are the only breadwinners. Similar mini-programs are scheduled for the widows around Mullikulam, Kilinochchi, Yakkachi, etc. etc. 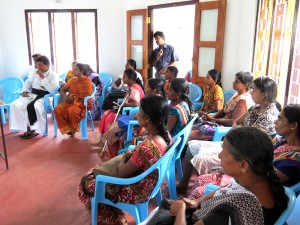 It is to be noted that there are an estimated 90,000 war-widows and 160,000 amputees as a result of the 30 year civil war in Sri Lanka. The above mentioned widows fall under either or both of these categories: some have lost their husbands while others’ husbands have lost their limbs. Compounding these problems, some of these widows themselves are amputees and are displaced persons; living on temporary land.

HAVONOS is an organization in Holland that is custom designed to help the war affected in Northern Sri Lanka – who work in partnership with the Oblates in Jaffna. The program was held at the LEBARA amputees’ rehabilitation center in Mankulam. Since LEBARA Foundation too works in partnership with the Oblates, the country Coordinator Mr. Antony Clarence, was invited to grace the occasion. 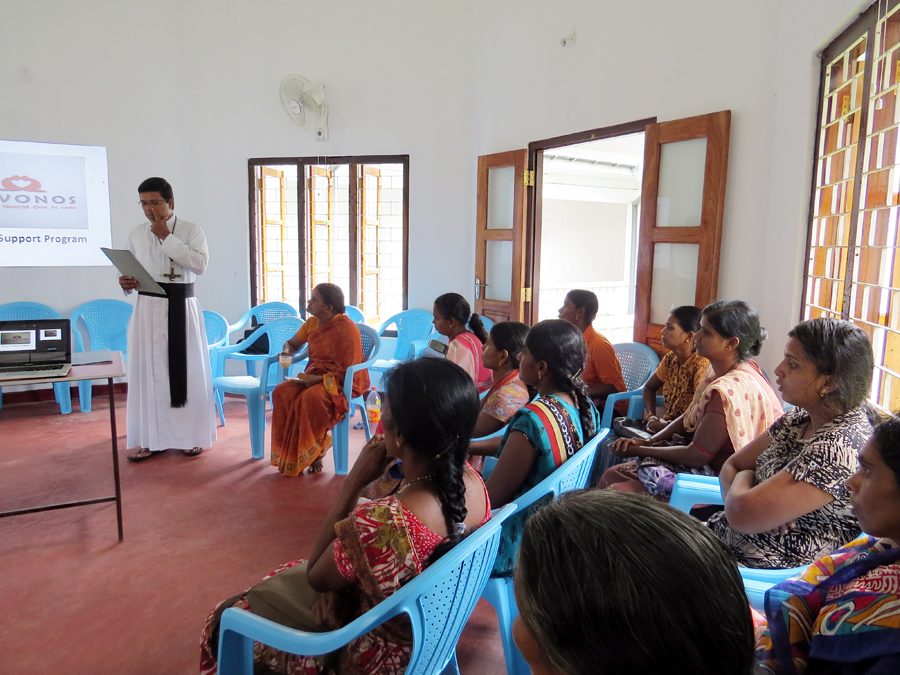 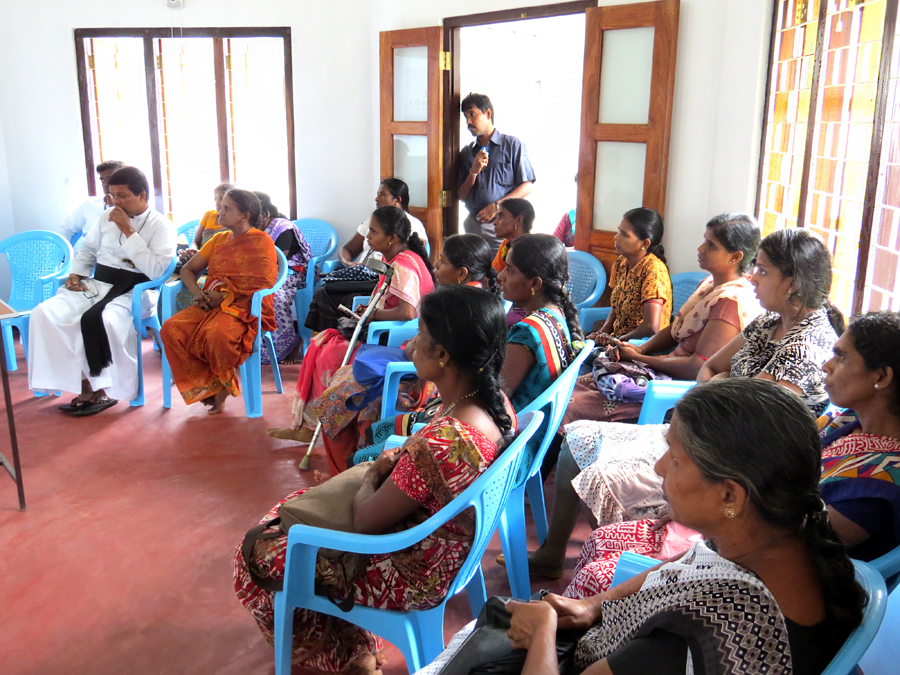 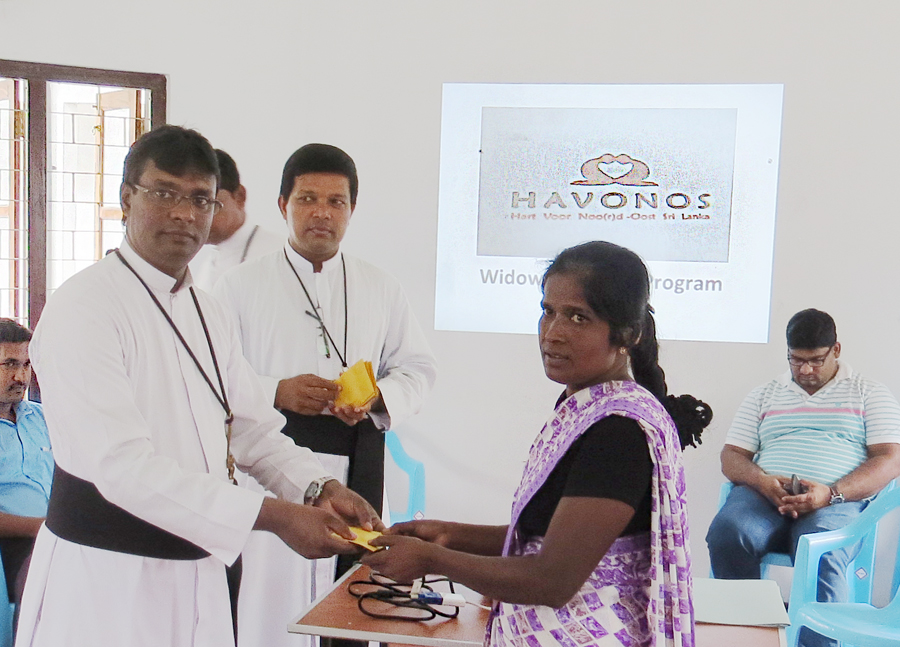 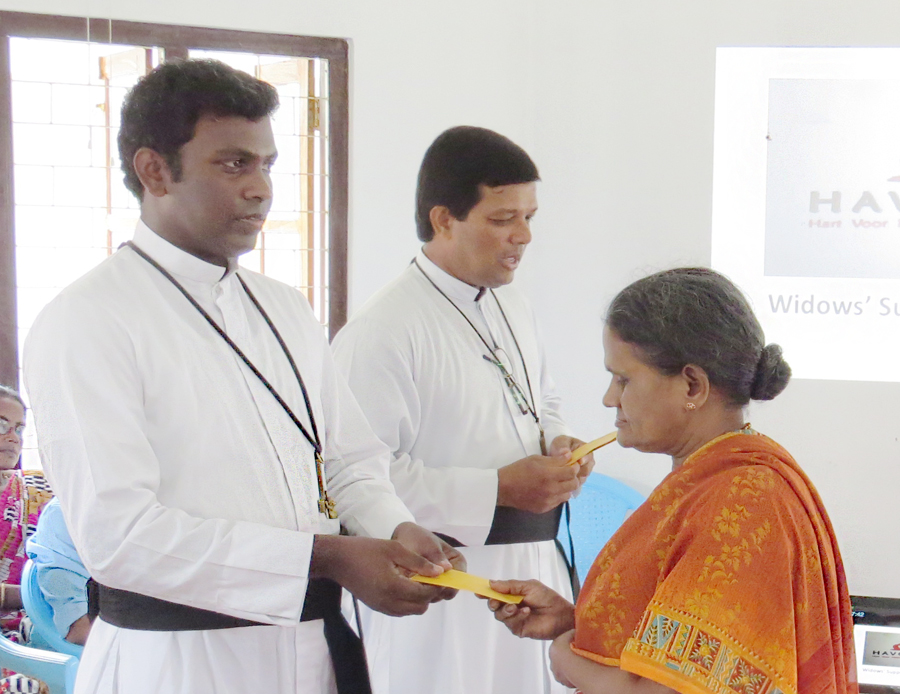 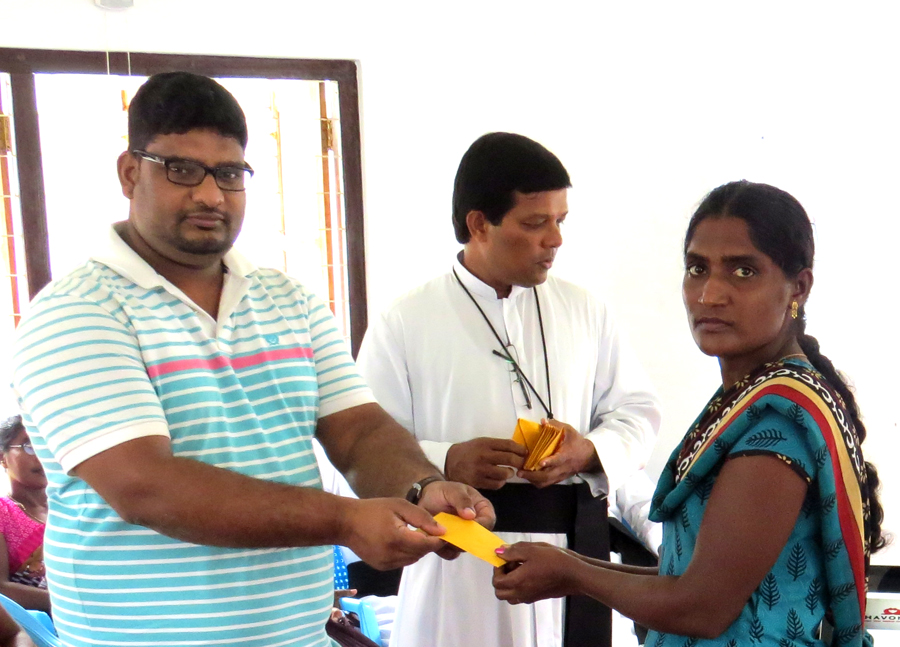 BLESSED TO GIVE THAN TO RECEIVE