Mr. Antony, Beloved Father of Fr. A. Sylvester OMI, has passed away

The province of Jaffna is happy to announce that “Naan” Psychological Magazine completes its 38th year in 2013. This was and is the first psychological leading magazine in Tamil in Sri Lanka. The Oblate province has been involving in this publication ministry such a long time. “Naan” Psychological magazine contains articles about psychological growth of a person in different stages. The journal also concentrates on education, child psychology etc. It has journeyed with the Tamil speaking people especially with those who have been terribly affected by the 30 years of horrendous ethnic conflict in the country.
This quarterly magazine is also sought by those who are learning psychology and counseling as professional one . The Oblate schalasticate community always at the fore front to work and to publish this magazine. Tamil People who are in Europe and other parts of the world can purchase “Naan” magazine by ordering annual subscription 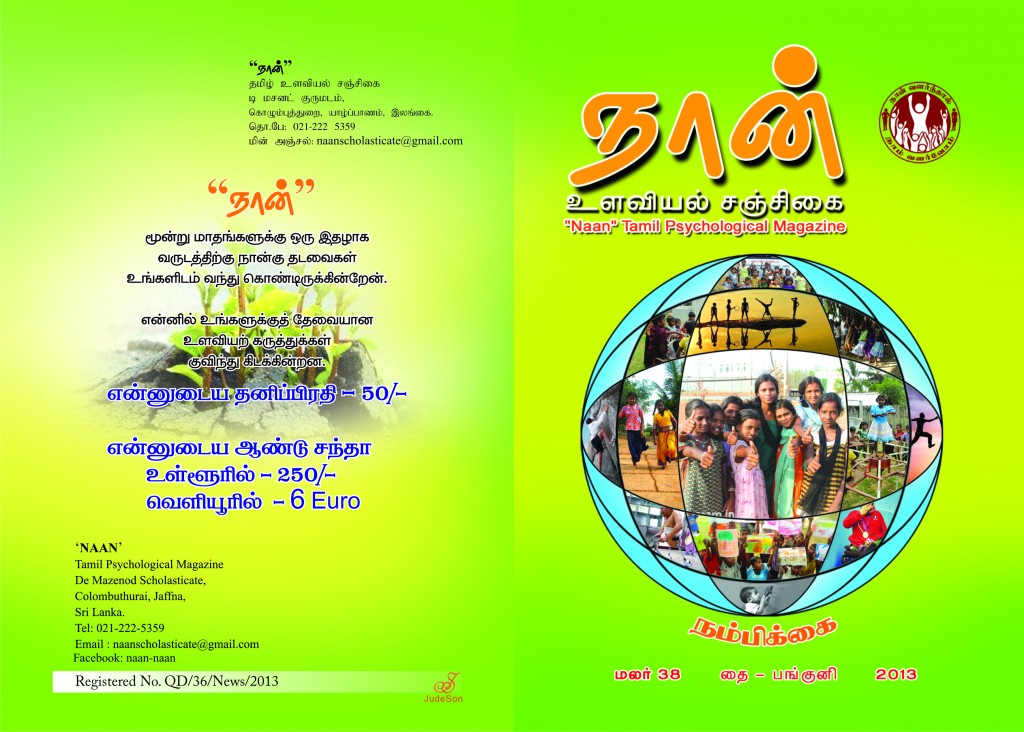 Mr. Antony, Beloved Father of Fr. A. Sylvester OMI, has passed away