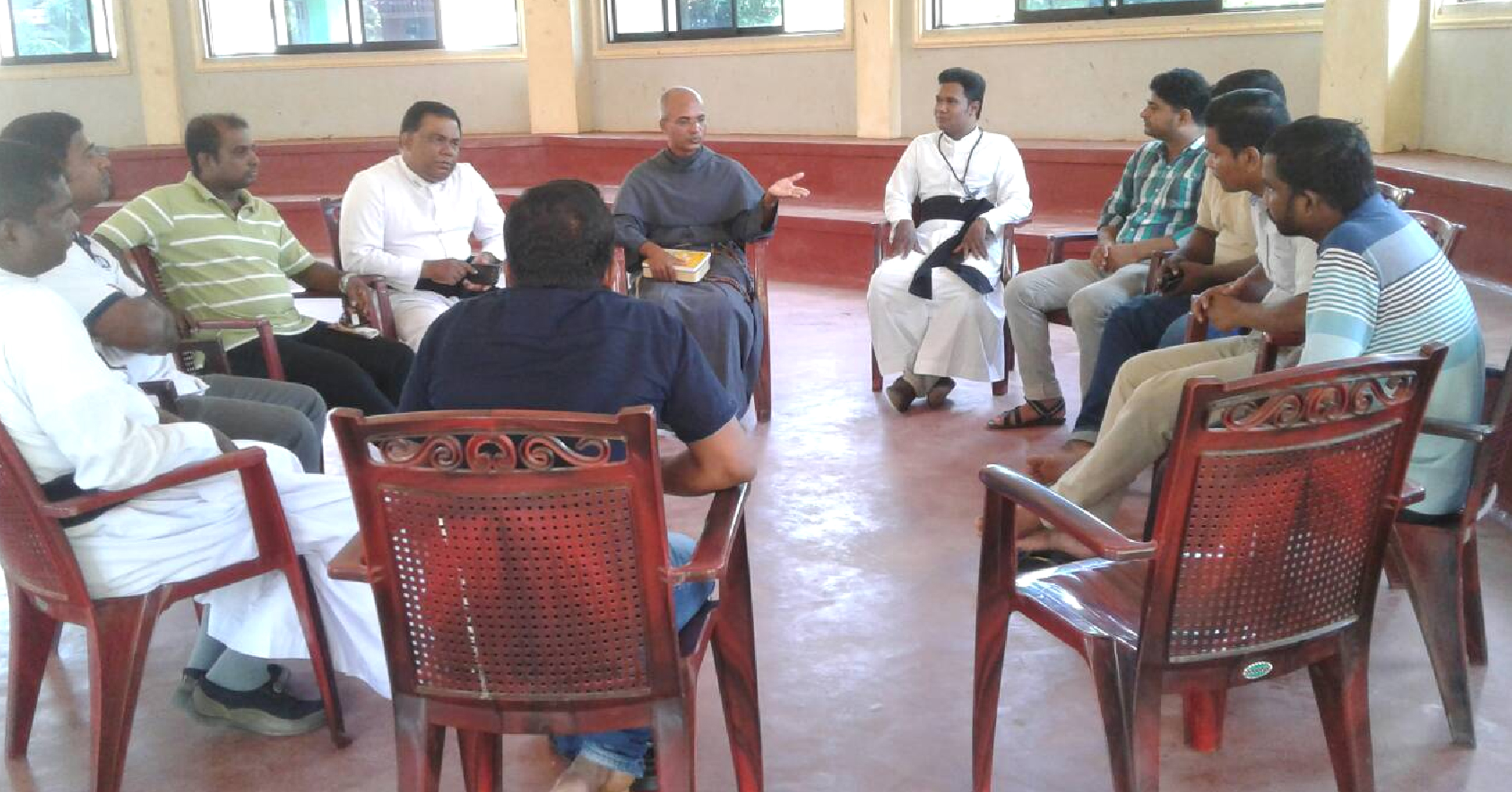 An animation programme for the Oblates (from first year to five years priesthood) was held at “Sangamam” on the 10th of September, 2018. Rev. Fr. Mathew Purayidom, OFM Capuchin was the guest speaker. He succinctly encapsulated his reflection in three words – TCL.

He said that ‘T’ stand for trust in the Lord through His Word and Eucharist; taste and see the Lord how sweet He is; and treasure the Lord always in and through the daily situations.

He said that ‘L’ stand for – to  listen to the Lord; learn through difficulties and on questions about faith we become prepared; and to love the Lord in our encounter with the people.

He said that ‘C’ stand for – to consult the Lord in prayer and the respective superiors of the community thus, everyone becomes co-responsible, communion with the Lord and conversion of ourselves with the Lord.

Fr. Mathew finally guided the participants to realize the maturity and the creativity necessary in the missions through certain concrete examples. Thus, it will lead us to a sense of responsibility and accountability. At last the life remains dependent always on the Lord.

Having listened to him, the Oblates had a short break and then continued the sharing of the pastoral experiences of each one. It became the opportunity to create an atmosphere for challenging and encouraging each other for a mature growth as the outcome of the talk. Having fixed the date for next gathering and with the delicious lunch we wound up the   meeting.

There was also another animation programme for the Oblates (from six years to ten years of priesthood) held on September 24, 2018 at Thodarpaham, Jaffna. Once again, Rev. Fr. Mathew Purayidom OFM Con. was invited as the resource. This time Fr. Mathew based his talk on Pope Francis’ talk to a group of priests, religious and seminarians in Palermo, Italy, Sept. 15, 2018. In his talk, Pope Francis warned them against living a double life. Basing Pope Francis’ talk, Fr. Mathew highlighted the following points:

After the talk, there was a time for clarification and discussion; then break for tea followed by Eucharistic adoration and lunch. As the Oblates dispersed, Fr. Provincial thanked the Oblates and announced that the next gathering will be in view of preparation for Christmas in the season of Advent.