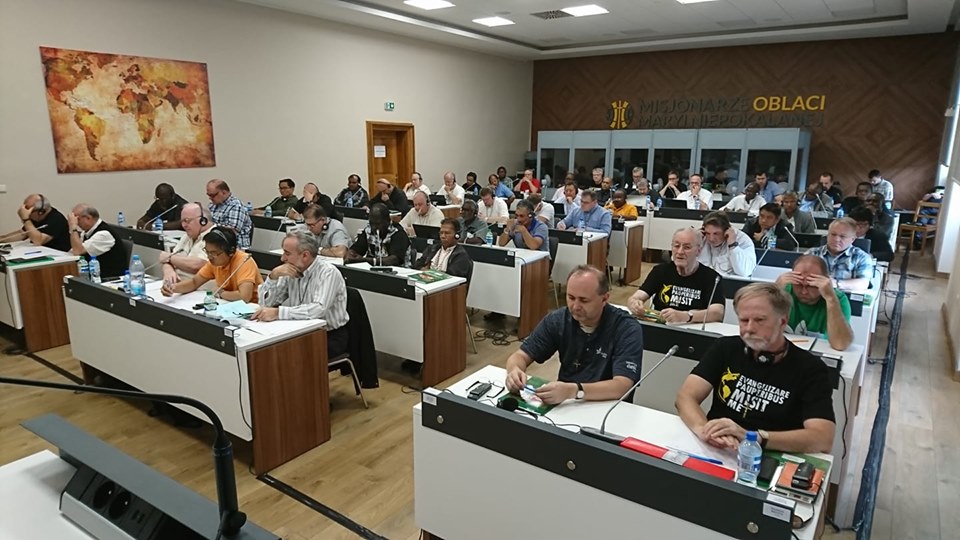 The Inter-chapter began at Oblate Scholasticate at Obra in Poland. There were altogether 74 Oblates in which 52 participants and 22 auxiliary personnel. The Inter-chapter took place from July 01 – 14, 2019. It started with inaugural Eucharist celebration presided over by Very Rev. Fr. Paolo Archiati, OMI – the Vicar General.

The Objectives of the Inter-Chapter were based on Rule 128e:

The Objectives of the Inter-Chapter were dealt in three phases of Key Moments, viz., i. Evaluation, ii. Encouragement, iii. Envisioning

In the evaluation phase, the presidents of the OMI five regions, viz., Africa-Madagascar, Asia-Oceania, USA-Canada, Europe & Latin America presented their reports based on the Acts of the 36th General Chapter that  listed recommended strategies at the General, Regional, and Unit/Local levels, to respond to the main calls that were reflected upon. The reports responded to the following questions:

When each report of the region was submitted there was some time for personal reflection, buzz moments        between the two or three and then the open forum.

When all the reports of the regions were presented there were language group (viz., English, French and Spanish) discussion and reporting to the general assembly. The groups discussed under the following topics: a) What makes my heart burn, b) How can we overcome resistances; c) What we missed… The language group, after their sharing, reported to the open inter-chapter assembly.

After the presentation of the reports from the regions, the members of the Central Government reported what they have been doing in the implementation of the 36th General Chapter deliberations from their part. The report was in two parts. The first part highlighted  New Faces of the Poor, Mission with Youth, Formation for Mission, Mission and Interculturality, Mission and Social Media and Mission and Finance. The second part underlined Restructuring the structures of the Congregation, Apostolic Communities and Religious Life, Oblate Lay Associates, Safeguarding of Minors and Vulnerable Adults, Islam  reported.

Among the portfolios, both ‘the restructuring the structures of the Congregation’ and ‘safeguarding of minors and vulnerable adults’ were dealt with in detail. One Mrs. Phelan Suzanne who has been working with the oblates for about 12 years as a liaison person. She is a person of contact in the Irish province regarding the protection of children. She is an advocate for children rights. 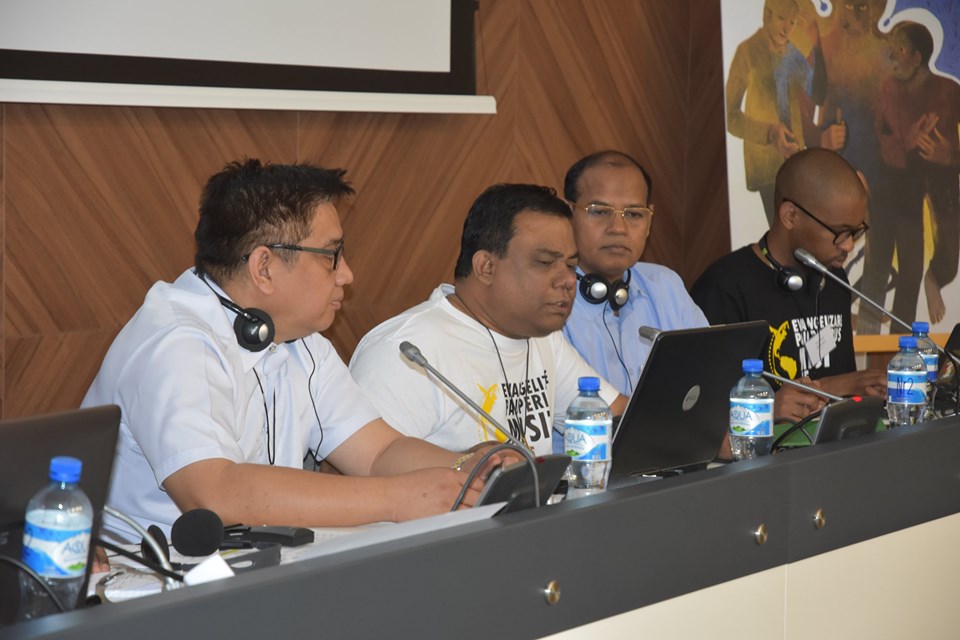 The presentation of the reports clearly indicated the factors that supported and hindered the implementation of the chapter deliberations in the Unit, regional and Congregational levels. In the second phase of the key moment was the encouragement;, as way of encouragement there was two day retreat. The retreat moved the participants to reflect the following:

The retreat preacher based his reflections on the experiences of the disciples on the road to Emmaus (Luke 24:13-35).

The third and final key moment of the inter-chapter was the envisioning. The reflection was based on the following questions:

There were also side meetings particularly after the supper on some topics like Media Communication, Ministry with Youth, Experiences with intercultural community in formation, interreligious dialogue, Migrant ministry, Vision for Oblate Mission with Youth, Lay Associates, Extraordinary Missionary Month October 2019, De Mazenod Experience in aix-en-provence, A Year with Mary (August 2021 – December 2022) to commemorate 200th Anniversary…etc.

The tasty meals, simple-nice abode and prayerful spiritual exercises such as Eucharist, silence in front of the exposed Blessed Sacrament and personal prayers…etc. kept the inter-chapter participants alive in body, mind and spirit.

NB: The meeting will be held in person otherwise via zoom if the lockdown continues in the country. Make it a point that the Oblate District Meetings ought to take place same. Fr. Provincial will be present for such meeting.